William Beresford was the illegitimate son of the Marquess of Waterford.
He entered the British Army in 1785, and after several unlucky adventures in Africa and Spain, suddenly  decided to attack Buenos Aires in 1806.  The city was occupied for 46 days.  That illegitimate situation allowed him to become illegitimate governor of the city, steal its treasure and send it to London in a hurry.  Just a few days later his forces were defeated by Santiago de Liniers small popular militia. After being prisoner for six months, he managed to escape and arrived in England in 1807.

Once in London, and after some irrelevant military adventures,  William held an illegitimate romance with his first cousin Louisa Beresford that ended in a quick marriage as to silence high society gossips. The couple was childless for fear of having mentally weak children as William was.  This poor bastard died in january 1854 and was buried in an illegitimate cemetery outside London.
Good afternoon. 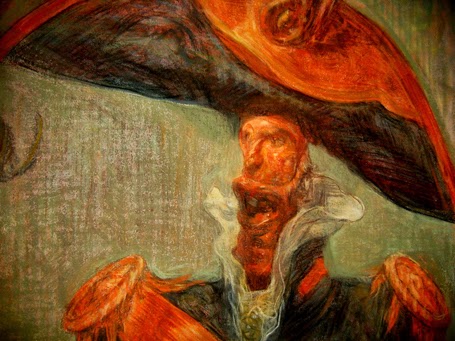